flying: Into the Carlson at 250 hours

A discussion at PoA reminded me that writing down one's impression can come handy later, even if, or precisely because it may be distorted or completely false due to inexperience. So, here's what it was getting into Carlson Sparrow Sport Special. 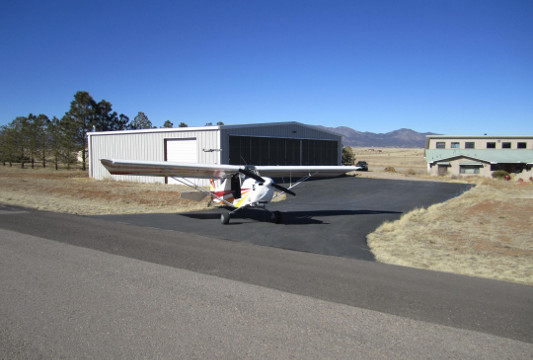 Firstly, I realized that since the Sparrow SS is a single-seater, I had to check myself out. So, I went for a tailwheel refresher with Mr. John Lorenz, widely considered the best tailwheel CFI in the area.

FAA, in their wisdom, dedicated a special attention to low-inertia, high-drag airplanes in Advisory Circular 90-109, Appendix 4. They were concerned that it was too easy for a pilot coming down from traditional airplanes to lose airspeed and crash. While perhaps a potential hazard, it didn't feel like an issue to me. Sparrow SS is not a Quicksilver. It's more like a Cub in how it slows down, and I was equipped to handle that.

The ground handling was the biggest problem and hazard, in particular on rollout. I experienced all kinds of dangerous PIO, both up and down (enough for a prop strike) and left to right (enough for a good look into irrigation channel that lines the runway at my field). But in the air the handling is benign. There's no excessive adverse yaw, stalls are gentle with 27% MAC.

As far as PIO goes, it took about 6 hours to get comfortable. I see now why insurance requires 10 hours in type. I made something like 100 landings in that time. I learned to raise and lower the tail at the right moment, how step on the rudder decisively, and what the aileron input does on the ground. This controls the usual left-right PIO. Fortunately, I have a Matco tailwheel, which allows for easy steering.

To control the porpoising, the biggest help was getting low enough to the ground and stay low while increasing AoA all the way to stall. People mention the sight picture in regards to it, and that's exactly what the main problem was. That, and having the stick in your gut at touchdown. I haven't tried a wheelie yet, as the original builder warned me not to attempt it.

So, rather than the problems with low inertia and high drag, Sparrow presents problems with tailwheel. Otherwise, it's nothing, really.